In his address at the North District workshop at Sarvodaya Vidyalaya, Shankaracharya Marg, Mr. Sisodia said

Principals are the most important stakeholders in schools. The Principal’s vision for her school determines the performance of the school and the children studying in it. There is a need for Principals to reach out to parents for ensuring the academic and overall progress of children.

The workshops were held over the last week across all education districts of Delhi. Heads of Schools – both Principals and Vice Principals, Mentor Teachers, newly appointed Teacher Development Coordinators, and all district education officials took part in the workshops. The idea was that every person operating in the system should be on the same page, in order to work in tandem. 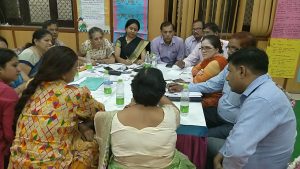 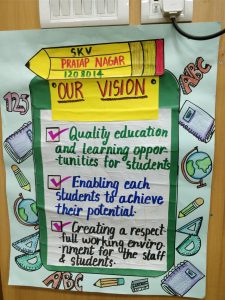 A set of goals designed by Principals 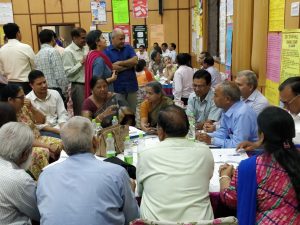 Manish Sisodia and Atishi Marlena at the venue

The workshop has successfully introduced all stakeholders to the various interventions of the government including the Mentor Teacher program, Teacher Development Coordinator program, etc. Principals were oriented about the roles of the MTs and TDCs in their schools and how as school leaders they could make maximum use of the resources.

The AAP government has believed that in the effectiveness of Principals lies the performance of a school. In the past, the government has enrolled Principals in Cambridge University as well as Indian Institute of Management – Ahmedabad for similar school leadership exercises.