“With 73% achievement rate, PWD has delivered projects before time & within the allocated funds. The budget focuses on construction of underpasses, flyovers, transit corridors etc. 500 km of beautification of roads, is a milestone to be achieved this year.” – Satyendar Jain, Delhi PWD Minister (Link)

Delhi infrastructure is growing rapidly under the AAP government.
In FY 2019-2020 alone, 36 major infrastructure projects were completed by Dec 2019 and 23 more were in the pipeline.

This was inaugurated on 4 Nov 2018 by the Delhi CM Arvind Kejriwal after a wait of 14 years.

Built by Delhi Tourism and Transport Development Corporation (DTTDC) at a cost of about Rs 1518.37 crore, the Signature Bridge, in the form of a Namaste, is double the height of the Qutub Minar and is said to be India’s first asymmetrical cable-stayed bridge.

It not only saves commute time and thereby fuel, but it also acts as a tourist spot, overlooking the Yamuna, with a panoramic view of the city.

Two Flyovers – Shastri Park Flyover and the Seelampur flyover were completed in Oct 2020, at ₹250 crore, a cost lesser than the sanctioned cost of ₹303 crore, saving ₹53 crores. The construction will bring relief to around 1.5 lakh vehicles in Shastri Park flyover daily.

Delhi CM Arvind Kejriwal inaugurated Cloverleaf ramps, service roads and cycle track at Mayur Vihar Phase -I flyover in Aug 2021. The project is a part of Barapullah elevated road corridor under Phase-Ill extension from Mayur Vihar to Sarai Kale Khan in Delhi. This cloverleaf will ease the way for those commuting between Delhi & Noida.

The AAP government had saved 500 crore on construction of flyovers by Feb 2021.

Prevention of waterlogging at Minto Bridge

“There was no waterlogging underneath Minto Bridge because of elaborate arrangements made there to avoid water accumulation. Nine pumps have been installed to flush out water from Minto bridge. Sound alarms along with blinkers and CCTVs have also been set up near the bridge for swift action and real time monitoring,” said an official from the PWD department on July 28, 2021.

An experimental drain that was constructed along Minto Road to stop storm water from getting mixed with sewage water seems to have worked. 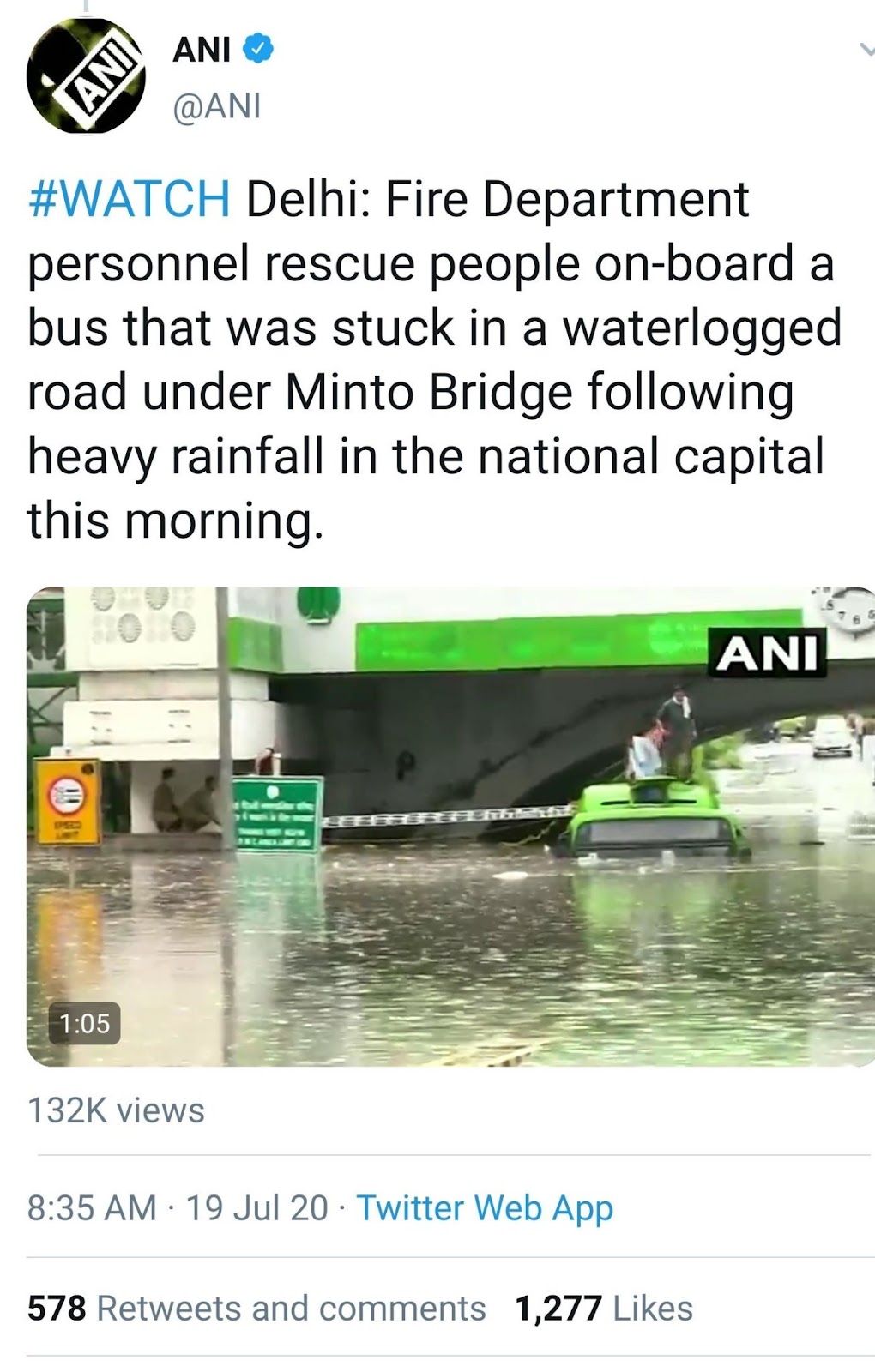 For the second year in succession, the first Monsoon rains did not cause any flooding as reported below (July 30, 2022)

On 1st Oct 2021, a massive drive was launched to repair and maintain PWD roads, using maintenance vans in large numbers to cover all the areas of the city of Delhi.